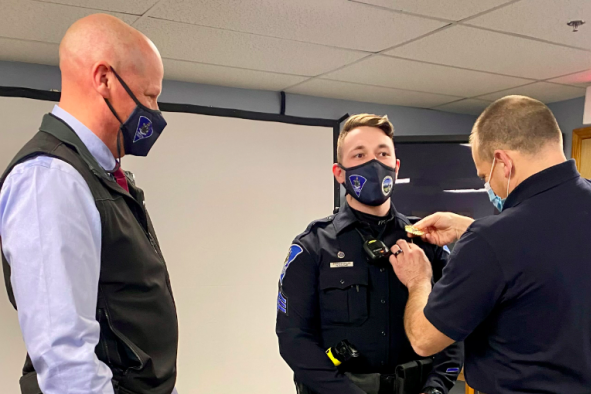 The Farmington Police Department is pleased to announce the promotion of Officer Brandon Sholan to the rank of sergeant.  Sergeant Sholan has serviced as a firefighter for the Town of Farmington, and as a Corrections Officer with Franklin County Sheriff’s Department and Maine State Prison. 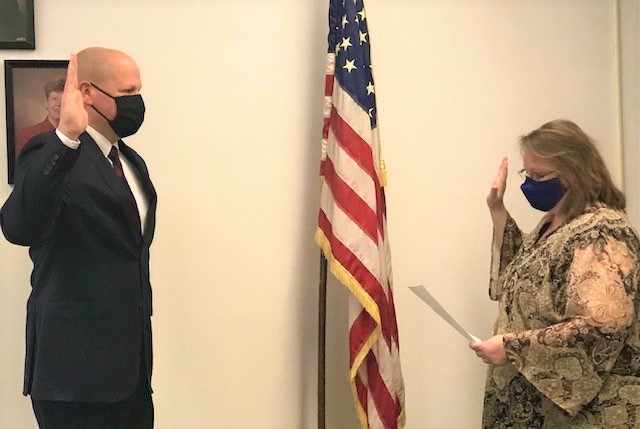 Farmington resident and former Franklin County Detective Kenneth Charles was sworn in on Thursday, February 11, 2021 as the Police Department’s new Chief of Police.

The small group gathered to congratulate Charles on the position and witness the swearing in conducted by Town Clerk Leanne Dickey. 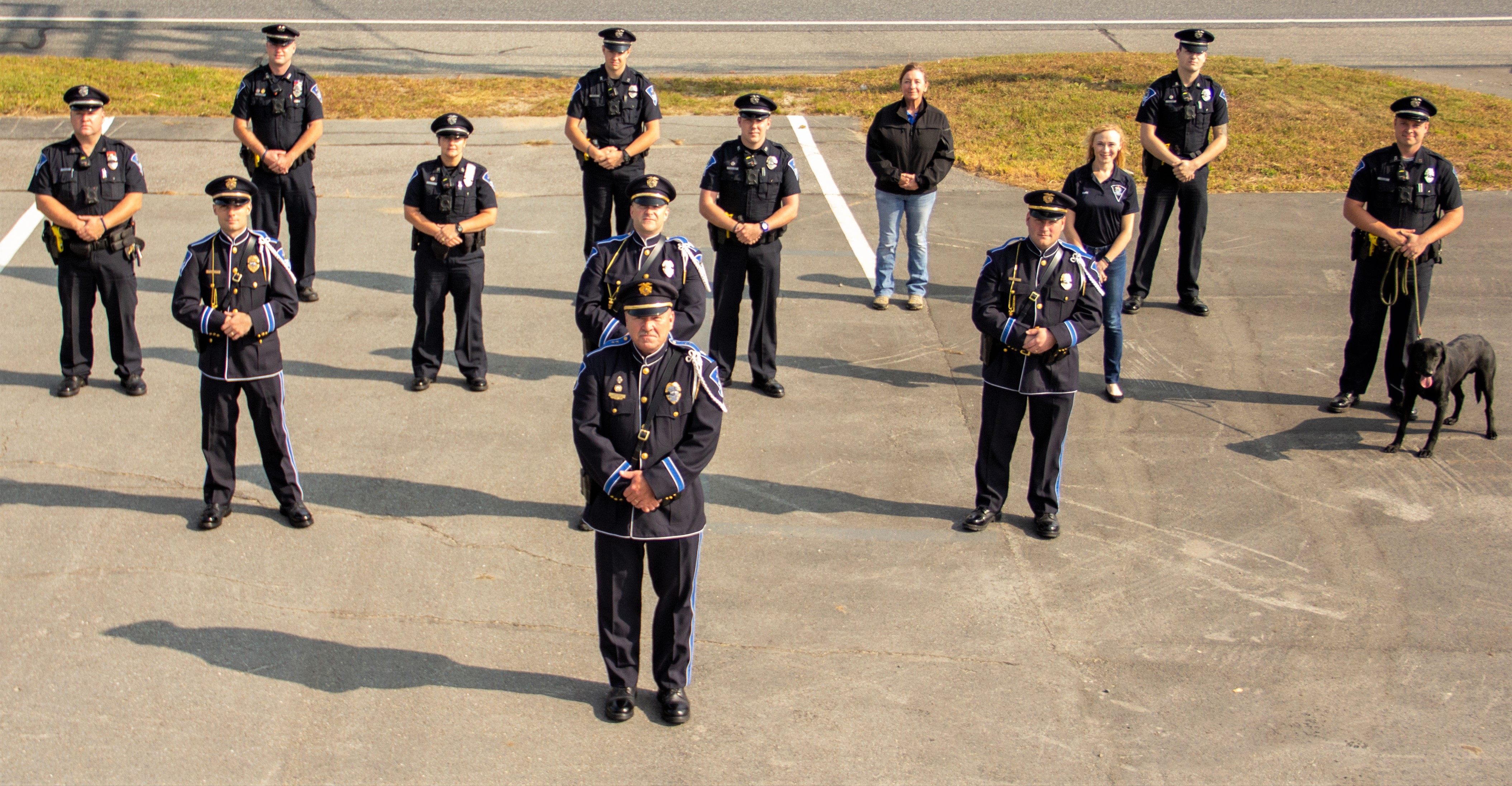 "To create a feeling of safety for the people within the Town of Farmington." 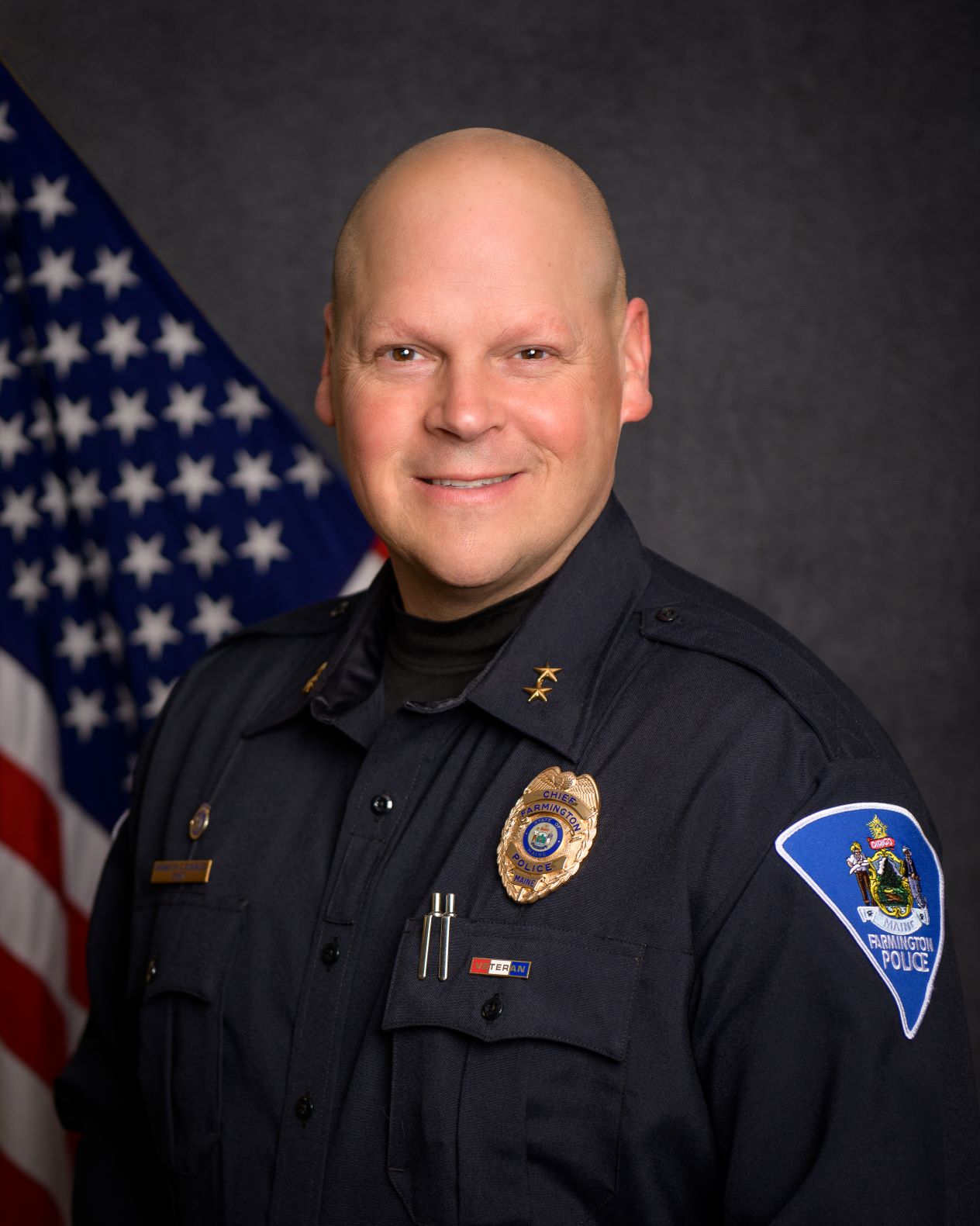